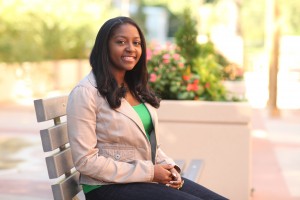 In early 2006, the NYC Housing Partnership project built 38 houses, roughly half of which were built in the 100 block of Jefferson Avenue. The building of these three-family homes transformed the blighted block. The new residents were young and predominantly female—some with families, some on their own. Several of the new residents had taken First-Time Homebuyers courses at Bridge Street Development Corporation and early on they talked about starting a block association. They thought of themselves as a group of community-conscious people who didn’t plan to move again. They wanted to commit to the block because that’s where their children were playing and that’s where their investment was. There were also many long-time residents of the block, who were just as committed to its future.

BSDC has offices on Jefferson Avenue, and one of its community organizers had grown up close by. She knew it as a drug-infested block—full of squalid buildings, gang activities, prostitution, and constant gunfire. “When I was a child, my grandmother gave me a spanking for walking down that block one day,” she said.

When the subject of a block association came up, BSDC’s community organizer began by talking with the residents of the block—owners and renters. There were twice as many residents on the block who did not live in new construction, so it became clear that for the association to be successful, it would have to include everyone.

In fact, there had been a block association long ago, and some of its officers were still living on the block. BSDC talked with them and distributed flyers for a meeting to form a block association. About 50 people showed up at the meeting—a great turnout. And, more importantly, the group was diverse—old and new people, renters and buyers. Everyone had the opportunity to meet, voice their concerns, and set goals and objectives. They also formed committees to raise funds, prepare food, provide security, paint faces, play music, and organize games—including skelly—for their first annual block party in August of 2006. The food committee worked especially hard to provide something for everyone, including halal for Muslims and a veggie station for the vegetarians. They also began a tradition of giving every child who attends the party free school supplies to start the new school year.

The party was a smashing success—drawing more than 400 people—and the block association was off and running.