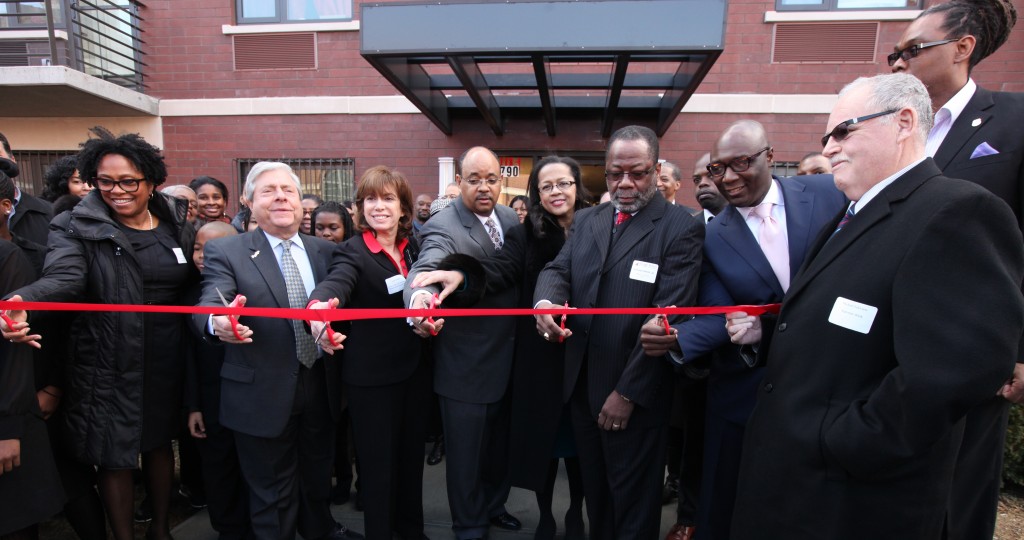 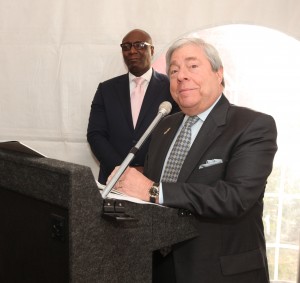 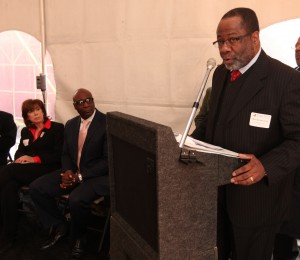 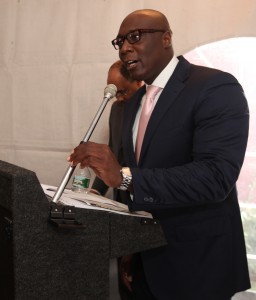 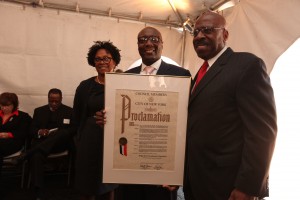 The development is named after the late Grammy-nominated and Bedford-Stuyvesant resident, jazz violinist Noel Pointer. Born in Brooklyn in 1954, Pointer’s talent as an artist was first noted when he performed Vivaldi with the Symphony of the New World Orchestra at the age of 13. As a teenager, Pointer established himself as a master of his craft while performing with several orchestras and Broadway shows. Noel went on to top the Billboard charts with seven solo albums including All My Reasons and Direct Hit, which were nominated for Grammy Awards. Pointer received special recognition from the United States Congress, the US Congressional Black Caucus, the African National Congress (ANC), and numerous other civic and private organizations. He was an advisory panelist for the National Endowment for the Arts (NEA) and the United States Information Agency (USIA). Pointer died of a stroke in 1994 at the age of 39. The Noel Pointer Foundation and the Noel Pointer School of Music in Brooklyn continue Noel Pointer’s legacy of musical literacy and enrichment.

“I am very happy that Bridge Street Development Corporation has decided to name their newest project in honor of my husband,” said Chinita Pointer, widow of the musician and executive director of the Noel Pointer Foundation. “Noel was a son of Bedford-Stuyvesant and he would be so proud to know that his name lives on not only through his musical legacy and the Noel Pointer Foundation, but also a building that will provide affordable, safe homes to low-income families in his old neighborhood.”