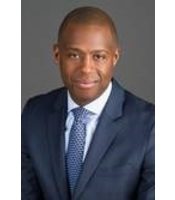 Board Member since 2021. Scott practices primarily in the areas of bankruptcy, restructuring and insolvency law, with a particular focus on distressed M&A.  Mr. Griffin has routinely represented buyers and sellers of distressed assets.  He also represents parties in interest in all aspects of in-court and out-of-court national and cross-border bankruptcies, restructurings and reorganizations. For nearly two decades, Mr. Griffin has represented debtors, ad hoc and official committees of creditors, secured creditors, administrative agents and trustees. He has represented these parties in complex reorganizations and restructurings across a wide variety of industries, including financial services, real estate, automotive, aviation, retail, healthcare, energy, oil and gas, commodities and metals, and telecommunications.

In his free time, Scott is an avid outdoorsman and “semi-serious” runner, having competed in numerous marathons and half-marathons (clocking a 3:30 PR at the 2014 Chicago Marathon).