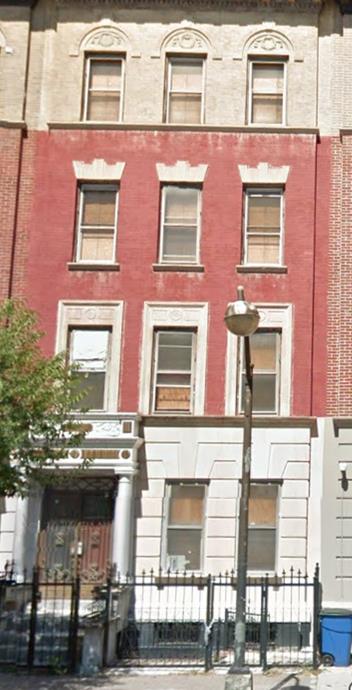 915 St. Marks Avenue is one of 9 buildings that Bridge Street will renovate and rent out as affordable housing under the city’s Third Party Transfer program.

In February 2016, Bridge Street Development Corporation (BSDC) closed on a development loan of more than $12 million, which will be used to renovate 9 buildings with a total of 74 apartments in Bedford Stuyvesant, Crown Heights and Park Slope. The buildings, which fell into disrepair under previous ownership, were taken over by New York City’s Neighborhood Restore Housing Development Fund Corporation  and control was transferred to BSDC via the Third Party Transfer program (TPT) that is administered by the city’s Department of Housing Preservation and Development. Under the TPT program, Bridge Street is required to rehabilitate the buildings and continue to manage the properties as affordable housing.

The 74 units of Kings Covenant, as the 9-building project is known, are about half occupied. In order to complete the necessary construction, current residents will be relocated to other units in their building or a nearby building while their apartments are rehabilitated. Upon completion of construction, residents will return to their original, newly renovated apartments. Units which are not currently occupied will be offered to the public using HPD guidelines to fairly distribute the limited number of regulated affordable apartments in NYC. In general, “affordable housing” is housing that costs no more than 30% of a household’s income.

The 9-buildings of Kings Covenant, are scheduled to be completed in 2018 as part of the mayor’s affordable housing plan to create and preserve 200,000 affordable units in  New York City over the next 10 years.